A development chief in an acoustic guitar company

I started working for an acoustic guitar company in 1976, and since having started to relate to guitars, I have been into manufacturing. Back at the time, it was the dawn of Piezo type electric acoustic guitars. After two years in manufacturing, fortunately, I was assigned as a development chief. 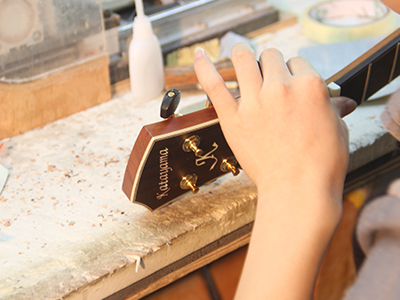 It is ideal to precisely reproduce acoustic guitar sound with precision. Pickups back then were roughly classified into magnet type, piezo type and open-mic type. Among those, piezo type pickup soon became the mainstream of acoustic guitar pickups as it evolved respectively. In those days, how it looked like an acoustic guitar was emphasized in course of selling it. Piezo type pickup was more stable than open-mic pickups and had less howling, it sounded more acoustic with it than with magnet type one and it did not disfigure the look of a guitar. Probably those are why it was so popular. 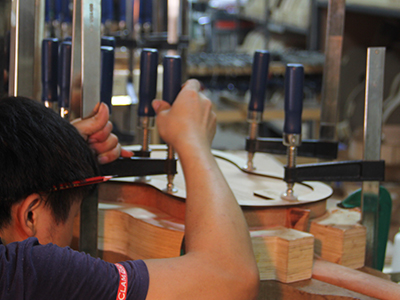 Electric acoustic guitar has gained citizenship and established the position 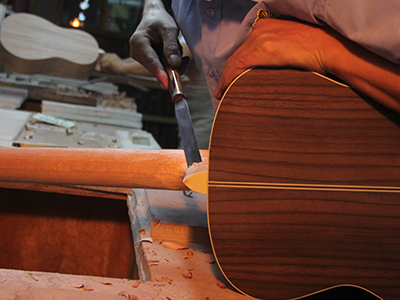 As already mentioned, I was a development chief of electric acoustic guitar. Back then, my goal was to reproduce amplified acoustic sound as precisely as possible with an electric acoustic guitar with piezo pickup mounted under the saddle. To be straight to the point, I have achieved it to a certain extent. But I hadn’t reached my goal when I left the company in 2008. In 2015, this idea popped up in my head suddenly, in the middle of researching of Acoustic Chamber which I was developing, and with no hesitation, I ended up in applying myself for the idea. Come to think of it, the sound of an music instrument that we hear comes from its vibrating shell. If you are to pick up the sound from an music instrument, why not placing the pickup device on the outside of the instrument, instead of on inside? Newly released Katayama’s guitar which has a device named SMPU is the culmination of my research. I am dreaming of that this system continues to develop and contributes to the electric acoustic guitar scene in the future. 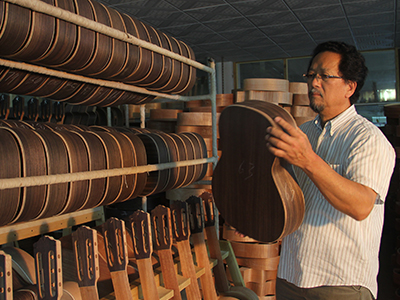 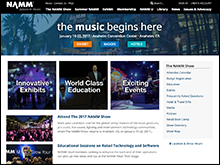 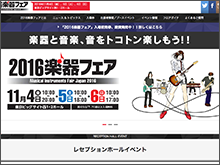 The Tokyo Show will be held from November 4th to 6th at Tokyo Big Sight.